Bitcoin Cash’s (BCH) troll slayer Derek Magill is back at it, and this time he’s facing down a pretty fierce opponent. Saifedean Ammous’s The Bitcoin Standard is hardcore maximalist argumentation for the supremacy of bitcoin core (BTC) as a cryptocurrency and world settlement commodity. While good people can differ on Mr. Ammous’s views, the BCH Troll Slayer finds the way in which those positions are put forward to be lacking.

Contents hide
1 The Bitcoin Standard Gets a Dismissive, Brutal Review
2 The Best Take Downs Use Humor
3 Personality Can Often Get in the Way of a Good Argument
3.1 User Review
3.2 Share this:
3.3 Related

The Bitcoin Standard Gets a Dismissive, Brutal Review

“I first heard of Seinfeld Ammous in January of this year,” BCH apologist Derek Magill began his tongue-and-cheek review of The Bitcoin Standard, purposely misspelling Mr. Ammous’s first name, “when I saw a bizarre, expletive-filled and frankly rather unlettered tweet of his attacking someone who committed the horrible crime of asking a question about an ‘altcoin.’” Mr. Magill is a known quantity in the BCH ecosystem, often a target of BTC ire in relation to his advocacy of bitcoin cash.

The Bitcoin Standard: The Decentralized Alternative to Central Banking (Wiley, 2018) is professor Saifedean Ammous’s (‘Safe-ah-deen Amm-oose’) contribution to the growing body of literature arguing for the primacy of BTC.

The Bitcoin Standard, in fact, has become a quiet hit within the community. It came out of nowhere, and soon everyone from Nassim Nicholas Taleb to Caitlin Long and many others promoted its reading for no other reason than merit. Mr. Ammous combines orthodox neo-Austrian economics with BTC proselytizing: Bitcoin is a new, better gold standard.

He and his work were immediately embraced and toured all over the world in support. He continues to make the rounds of podcasts, Youtube channels. One notable appearance was on The Tom Woods Show. Mr. Woods is a polemicist of some regard, well established in libertarian, free market circles. The opening of this particular episode was a veritable love fest as Professor Ammous showered Mr. Woods with praise as an intellectual mentor.

The Best Take Downs Use Humor

Tom Woods is also something of a golly gee, every man interviewer when it comes to BTC. He appreciates mainstream apprehension to crypto, and is an articulate spokesman for their hesitancy. Mr. Woods and the professor wax all kinds of economics, discussing BTC as something that needs to be understood in order to be used (it doesn’t) and scarcity (nothing is perfectly held as a store of value, but BTC is the best so far; truly scarce).

Not half way through the program, at 17 minutes and 46 seconds, Mr. Woods asks what, then as now, was on everyone’s mind: has BTC reneged on its initial promise to be a global, peer-to-peer cash, a currency? Do proponents of bitcoin cash (BCH) have a point? Mr. Ammous reluctantly gives a detailed retort, taking on the controversies. Satoshi is not god, tech evolves, and using BTC as a store of value will not necessarily cede more philosophical territory to the Fed. 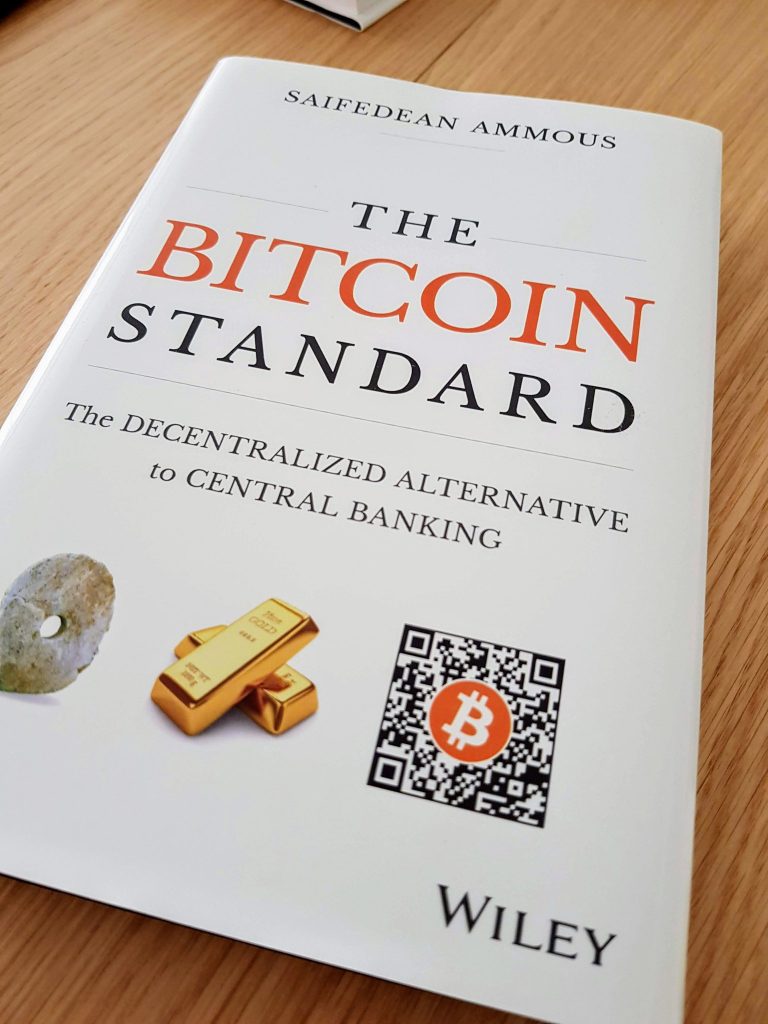 “Stupid,” “absurd,” “ignorant,” “idiotic” are infused in his monologue, climaxing at about the 26:30 mark, “And, frankly, I’m quite disappointed we’re wasting this episode discussing this idiotic idea rather than getting into some interesting economic discussions,” Mr. Ammous scolded his host. It was a small insight in what was to come.

“He struck me at the time as a sort of alcoholic Taleb-wannabe,” Derek Magill’s published review continued, “and I have to say I forgot about him mostly until I became the target of one of his late night rants, not long after which he blocked me entirely.”

Personality Can Often Get in the Way of a Good Argument

For Mr. Magill, it was simply time to humble an earnest academic who seems to have overplayed his hand, and to crush him Taleb style. Although the book’s topics were interesting, they were not Bitcoin-centric and mostly about the history of money, “you can read about in much better detail from far more competent Austrian economists than Seinfeld,” Mr. Magill explained. “Only the last three chapters really discuss Bitcoin and one is left with the feeling that all the intro material was set up to smuggle in a pro-Bitcoin maximalist position at the very end without having to actually prove anything about it.”

From there, Mr. Magill addresses “a few errors in the book that stood out to me as I think these are enough to show that readers should be wary of Seinfeld’s conclusions.” A favorite supposed contradiction actually begins the book, according to Mr. Magill. None other than Taleb was tapped, a fellow scholar of Lebanese heritage, to pen the book’s introduction. “One of the most important parts of Seinfeld’s thesis in the book is that Bitcoin was ‘immaculately conceived,’ meaning essentially that no other coin could ever have Bitcoin’s genesis history and therefore could never replace Bitcoin and that Bitcoin can never be recreated again.”

Part of the more coarse BTC enthusiast position is how all other cryptocurrencies are illegitimate, scams. “Anyone who claims otherwise is, as he said in the tweet to me, a ‘con artist’ and a ‘scammer,’” Mr. Magill asserts as Mr. Ammous’s ultimate position. “If this makes no sense to you at all, don’t worry, it’s not really intended to. You’re expected to take it on faith, though when looking at the history of Bitcoin you can see that it was anything but ‘immaculately conceived.’”

Mr. Magill details, “Bitcoin was created by a specific person for a specific purpose at a specific time. It was highly centralized when it began and Satoshi Nakamoto had the opportunity to mine upwards of 1 million coins himself, 5% of the total supply of Bitcoin that will ever exist, making him one of the richest people on the planet if he is still alive and has access to his coins. There is nothing all that fundamentally different from it and other coins other than that it got a head start. On top of that, the introduction by Taleb clearly states: ‘Bitcoin will go through hick-ups (hiccups). It may fail; but then it will be easily reinvented as we now know how it works.’ One wonders how Seinfeld could have missed such an obvious contradiction like this when he is so strongly against any suggestion that Bitcoin can be reinvented.” A solid point Mr. Ammous would do well to consider.

What is an effective way to deal with rude advocates? Let us know in the comments below.