The Tuesday edition of our daily roundup is jam-packed with tidbits, snippets, and other terms used to describe stories-in-brief that deserve telling. On this day, September 4, we bring you news of a major securities trading firm boarding the blockchain bandwagon, bitcoin ATMs proliferating in Europe, and Brave browser hitting another milestone.

Cryptocurrency wallet and debit card Wirex has been keeping busy. Fresh off the back of receiving its UK e-money license, the London-based company has added ethereum support. Wirex users, who could previously convert BTC, LTC, and XRP into their national currency and spend it at will on their plastic or virtual card, can do the same with ETH as of today.

“As the second highest value cryptocurrency after Bitcoin [by market cap], the ETH wallet’s place on the Wirex app is indisputably deserved,” said Wirex co-founder Dmitry Lazarichev. “We are pleased that we can now offer this popular crypto, but our product growth does not stop here. We have some interesting new services in the pipeline and our recently earned FCA e-money licence has opened the doors for even more products and locations in the near future.”

As the saying goes, “The virus is spreading”, the virus being cryptocurrency – specifically a strain that attacks devalued fiat currency, whilst strengthening deflationary, independent digital currencies that cannot be freezed or seized by malevolent powers. Earlier today, we reported on Netcoins equipping 21,000 of its ATMs with bitcoin cash compatibility, enabling BCH to be purchased across Canada, Europe, and Australia. That story can now be augmented by the news that Greece is set to increase its quota of cryptocurrency ATMs.

A handful of ATMs are reportedly to be added to major cities on the Greek mainland, each of which will facilitate the buying and selling of bitcoin core, ethereum, litecoin, and dash. These will complement existing crypto ATMs located in Athens and Thessaloniki. While Greek’s economy has begun a slow recovery from the slump that beset the island nation in the mid aughts, there’s still a long way to go before growth approaches that of its more prosperous EU member states. The increased availability of cryptocurrencies for citizens who have lost faith in the fiscal policies of their elected officials can only be a good thing.

Deutsche Börse, the Frankfurt-headquartered shares and securities trading firm, has set up a dedicated DLT, crypto assets and new market structures team. The unit consists of 24 members and will be responsible for all initiatives in the field. “The digital economy in general is heading for decentralisation. In future, there will be more peer-to-peer governed marketplaces and less intermediaries,” commented the team’s head, Jens Hachmeister. Investing in the space is one of the three pillars of the growth program the capital market’s operator will be pursuing until 2020.

With over 5,000 employes and 2015 revenue of $2.75 billion, Deutsche Börse is a major player. Like other traditional finance giants, it doesn’t want to be left behind should blockchain technology live up to the hype and become an integral part of the global economy in years to come. “Looking at the pace of technological progress and the transformational potential that lies in blockchain, we probably stand at the beginning of a new era that could be disruptive for the whole industry,” observed Jens Hachmeister. “The challenge is that we don’t exactly know where this will lead to.”

With every passing week, new stories reach us of retailers accepting bitcoin cash as payment. The latest merchant to embrace BCH is Dynamo Led Displays. The company’s director, Daniel Reynolds explains: “We have digital music, digital movies, digital shopping and so its seems inevitable there will emerge a strong market leader in cryptocurrency and from our point of view low transaction fees are an obvious attraction. We are a forward-thinking, creative business and anything that is looking to break the status-quo appeals to us so BCH and Dynamo seemed like a natural fit.” The company specializes in LED scrolling tickers as well as indoor and outdoor lighting for domestic and commercial use.

Finally, Brave browser has hit another impressive milestone. The tokenized web browser has reached 4 million monthly average users. CEO Brendan Eich promises this is only the beginning, having set his sights on 5 million users by the end of the year and 12 million next year, while increasing the utility of the browser’s native BAT token.

What are your thoughts on today’s stories in brief? Let us know in the comments section below. 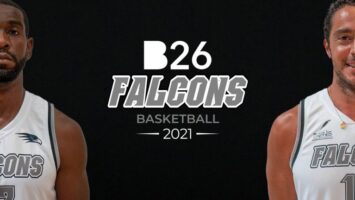