Japan’s top financial regulator, the Financial Services Agency, has exclusively shared with news.Bitcoin.com the details of its first-ever roundtable on cryptocurrency oversight. Regulators from over 15 countries participated in the event to share information and discuss cryptocurrency regulatory issues.

The agency described, “The roundtable brought together relevant financial supervisors and international organizations, providing a useful opportunity to share experiences and discuss issues of crypto-assets, which could contribute to strengthen international cooperation.”

The JFSA told news.Bitcoin.com on Thursday:

In the future, we want to hold this roundtable on regular basis … JFSA considers it important to share information with respective regulatory authorities and to build on supervisory cooperation in order to prevent money laundering because of the borderlessness of crypto-assets.

According to the agency, participants have expressed their willingness to participate in similar roundtables in the future.

Furthermore, the agency clarified, “The purpose of this roundtable is not to reach agreements on any new laws and regulations but to share information on challenges faced by respective regulatory authorities and regulatory frameworks as well as to co-operate and work internationally.”

Sharing Information With Over 15 Countries

Four main issues were discussed by roundtable participants, the JFSA detailed. Firstly, recent crypto-related technological developments and challenges were discussed. Secondly, the regulators shared their thoughts on the supervision of cryptocurrency trading platforms. The third topic of discussion was about “possible areas of international cooperation,” followed by the final topic of “investor protection and market integrity.”

Without identifying specific countries that participated in the first roundtable, the JFSA confirmed to news.Bitcoin.com:

More than 15 countries’ financial supervisors and international organizations have participated.

Recently, the Securities and Exchange Board of India (SEBI) wrote in its annual report that it sent officers to Japan and a few other countries to discuss cryptocurrency and initial coin offering regulations. South Korea also previously said that it had been cooperating with the Japanese regulator on crypto-related matters. 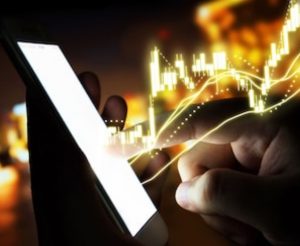 Among the main topics of discussion was derivatives trading with cryptocurrencies as the underlying assets. According to the Japan Virtual Currency Exchange Association (Jvcea), a self-regulatory organization, margin trading accounted for about 80 percent of all total cryptocurrency transactions in Japan last year.

It was also noted at the meeting that some crypto exchanges offer 25x leverage which could lead to significant losses for investors. The association has proposed a self-regulatory measure of limiting the leverage to 4x. The association, whose members comprise all 16 regulated cryptocurrency exchanges in Japan, is currently waiting for certification from the JFSA to be able to enforce self-regulatory rules on its members.

Also discussed at the meeting was the issue of whether there should be a deadline for deemed dealers – the exchanges that have been allowed to operate while their applications are still being reviewed by the JFSA. For example, if they are not able to meet the registration requirements after three years, they may lose their deemed dealer status, according to one suggestion at the meeting. Currently, there are three deemed dealers in Japan: Coincheck, Lastroots, and Everybody’s Bitcoin.

What do you think of the Japanese regulator hosting crypto regulatory roundtables? Let us know in the comments section below.