Regulations Roundup: Investors Not Protected in China, Albania to Regulate

In recent regulatory news, a court in China’s Futian District has ruled that cryptocurrency investments are not protected by law, Albania’s government has indicated that it intends to develop a regulatory framework for crypto, and the United States Securities and Exchange Commission has published a memorandum from a recent meeting pertaining to the proposed Vaneck Solidx Bitcoin Trust exchange-traded fund (ETF). 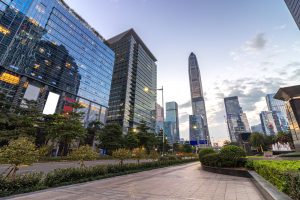 According to China’s Xinhua News Agency, the Futian District People’s Court of Shenzhen has ruled that cryptocurrency investments and transactions are not protected by Chinese law.

The decision arose following a hearing pertaining to a dispute between the plaintiff, Zhou – who claimed that the defendant, Zheng, had failed to fulfill his fiduciary duty to Zhou in exchange for depositing funds in Zheng’s “Tickcoin” and “DK Mining Machine” cryptocurrency investment schemes.

The court found that the plaintiff had failed to submit evidence proving the registration and legitimacy of Zheng’s virtual currency platforms, concluding that as the legality of the virtual currencies was not apparent, the investment transactions would not be protected by Chinese law. 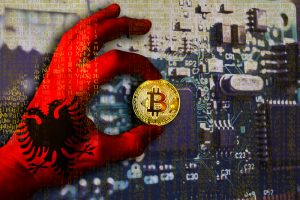 Albania’s prime minister, Edi Rama, recently articulated his government’s desire to take advantage of the economic benefits that could be realized through developing a permissive regulatory apparatus to virtual currencies and seeking to become a hub for pertinent emerging technologies.

Whilst speaking at a ceremony celebrating the launch of the Albania-Italy offshore section of the major Trans Adriatic Pipeline, Rama told media: “As part of our effort to open up new markets and create new opportunities for well-paid jobs and qualified people… we are exploring the possibility of setting up a regulatory framework on cryptocurrency.”

Emphasizing his hope for Albania to “become a hub for numerous potential investors… in this revolution of global finance,” Rama indicated that his government is currently “assessing and working on the drafting of a regulatory framework after having conducted a thorough analysis and study.”

“If the results are satisfactory, then we will promote even outside Albania,” Rama added.

The SEC has published a memorandum from a meeting between SEC Commissioner Elad Roisman and his counsels Dean Conway, Matthew Estabrook and Christina Thomas, who met with Dan Gallancy and Dimitri Nemirovsky of Solidx, Laura Morrison and Kyle Murray of Chicago Board Options Exchange (CBOE), and Adam Phillips of Vaneck to discuss the proposed Vaneck Solidx Bitcoin Trust ETF.

The memorandum details a presentation delivered to Commissioner Roisman, that asserts there have been a number of changes to the relevant “product, market structure, and overall circumstances” since the proposed ETF’s March 2017 disapproval.

The presentation argues that “Issues identified in [the] disapproval order have now been resolved,” emphasizing that “There now exists a significant regulated derivatives market for bitcoin,” and that “concerns around price manipulation have been mitigated.”

The SEC’s audience added: “To the extent necessary, we stand ready to make additional changes to the product structure consistent with Section 6(b )(5) of the Exchange Act to address any concerns of [the SEC] or staff.”

Do you think that the SEC will approve the Vaneck Solidx Bitcoin Trust? Share your thoughts in the comments section below!

At Bitcoin.com there’s a bunch of free helpful services. For instance, have you seen our Tools page? You can even lookup the exchange rate for a transaction in the past. Or calculate the value of your current holdings. Or create a paper wallet. And much more.

The post Regulations Roundup: Investors Not Protected in China, Albania to Regulate appeared first on BitcoinLinux.